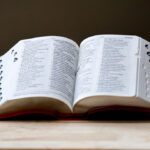 Making Legalese Legal-EZ Besides English, they say the best two languages to learn for understanding the law are Latin and Greek. So unless you’ve gone to law school, the language spoken in a court of law or written in a contract may be so complex that it’s – as they say – practically Greek to the average person. The thing is: the average person has just as much need of the law as anyone else. If not more so. What rights does the average … END_OF_DOCUMENT_TOKEN_TO_BE_REPLACED